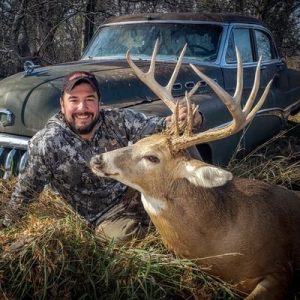 Corey Brossman has wanted to host his own hunting show since he was a young boy growing up in Reading Pennsylvania. His father taught him the love of the outdoors at a very young age. While in high school,he and his friends created a hunting show for there school project. When all the other kids were partying late into the night, Corey was at home,asleep dreaming of going out hunting and filming with his family the next morning.

Having had a camera in his hand since he was eight years old, he has developed quite a skill for shooting video.. His work really started to shine when he enrolled in classes on videography. His new talent allowed him to quickly work his way up the ladder in the outdoor industry. Before he knew it,he was field producing for some of the top respected national television productions. Corey has been exposed to several Country music artist, TV personalities, and many other television producers. Corey’s likable personality has left these people longing to share future hunting experiences with him.

Given the name “Bowfishing Guru”, extending your bow season is what he is all about. There is no down time for Corey. He enjoys Hunting and Bowfishing year round, in many different states. Given the nickname Bow-Fishing Guru, he strives to set the benchmark in the bow-fishing community and introduce new people to the sport.

Knowing that his love of the outdoors kept him out of trouble, Corey devotes time to teaching the value of the outdoors to youngsters he comes in contact with. This is evident if you are privileged to see him at one of his seminars. His fun loving nature is received well by people of all ages.

Corey’s life revolves around his wife, family and the outdoors. Corey says” It’s the memories that should last a lifetime.” 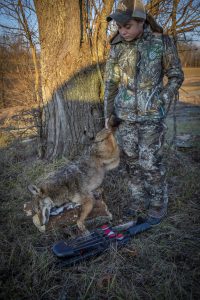 Camryn Brossman Grew up in a household circled around the outdoors. At the young age of 4 Camryn began hunting with her family. Camryn shot her first deer, Turkey and Wild Hog before the age of 5. Lagging onto her father Corey each trip has made her into an accomplished young hunter. Taking several different species of big game and small game with crossbows, rifles and muzzleloaders. Camryn loves to dance, play the trumpet and hang out with her friends. When not enjoying the outdoors you will find Camryn reading books, studying, or playing with her younger brother.
Camryn enjoys taking photos, making videos and having fun. Her approach to the outdoors will entertain the seasoned veterans of the outdoors and the rookies. The entire family will enjoy her on screen presence as well as her ability to make things happen under pressure. Each week Camryn focuses on fun, not size. Her respect for the country and our military will make you proud. She learned quickly that life is short, and to live it to the fullest. 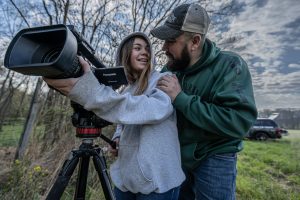 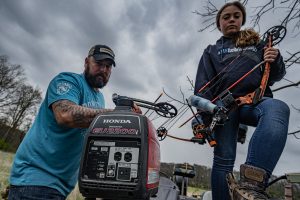 Each week these two will dazzle your tv with fun and excitement. Size won’t matter. The memories made and shared will enlighten the entire household as this father daughter duo hit the woods and the water each week. The uniqueness of the show will keep you guessing from, week to week. From Spikes to 170s you can bet that Innerlocs Out-There will bring you 100% entertainment, education and suspense!! Corey and Camryn share a bond that will quickly be seen. This bond should increase the wanting of kids to also enjoy the outdoors. The goal each week is to surprise audiences with a different type of hunting show. Not about the kill, but about the stories that unfold during the adventures. These two are not alone on each trip. The Innerloc Allstars will join in helping create strong stories, and solid footage from across the country.

We don’t believe in I. We are a team at Innerlocs Out-There . We love God, family and our country and promise to represent outdoorsman from across the globe to the best of our ability. We won’t ever judge or condone anyones trophy and we ask each of you to watch Innerlocs Out-There and help spread the word about how fun the outdoors can be 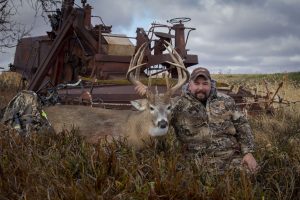 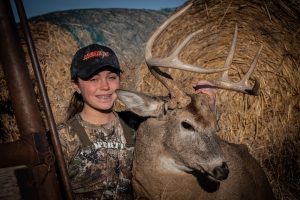 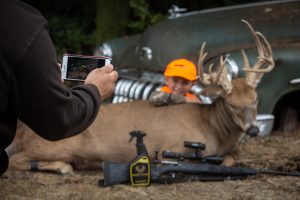